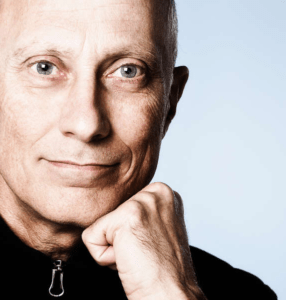 Mike is a highly competent media professional with skills in electronic, digital and print media. He co-founded the community television channel Cape Town TV and headed broadcast and technical operations at the channel for ten years. He also ran the Programming department and was responsible for regulatory affairs, PR and digital media.

Ever the innovator and visionary, Mike has been at the cutting edge of media for many years. He has been involved in various media projects including magazine publishing and indie film making as well as being a pioneer in developing community television in South Africa, having co-organised one of the first community TV broadcasts in Durban in 1994, called Greater Durban Television (GDTV).

His career kicked off at the SABC where he worked in television news, and thereafter he was an independent producer for several SABC-TV magazine programmes as well as producing and directing various documentaries and corporate videos. He is a well-organised and creative producer as well as being skilled in script-writing, directing, camerawork, video editing and digital content distribution.

Mike holds Honours and Masters’ degrees in Cultural and Media Studies as well as a BA, all from the University of KZN. He has extensive media experience and has worked in the fields of television, newspapers and magazines.

He has mastered various media technologies such as DTP and web design, and in addition to his video work has been a journalist, editor, designer, researcher, consultant and PR practitioner. 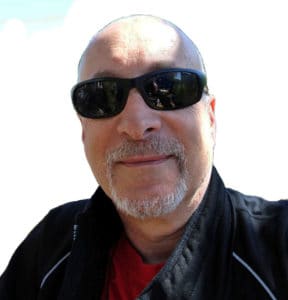 Mike is MediaStream’s resident cyber-boffin. He has ridden the crest of computer culture since its inception and was an early pioneer of streaming in South Africa. With a prodigious knowledge of digital media tools including graphics, animation, video editing and online media, Mike handles the technicalities of streaming as well as graphics and animations at MediaStream.

But his talents don’t end with the tech. Writer/Producer/Director. Cyberpunk. Gamer. Traveler. Mike’s many talents include writing and he is an insightful commentator on the ascent of consciousness through digital networking, speaking from a unique South African viewpoint since the ‘net became available in South Africa back in 1990.

Appointed as the first Gamesmaster of M-Web in 1998, Mike designed, created and maintained M-Web’s ‘Gamezone’ community till 2003 which swiftly rose to a membership of 80,000 users under his direction.

As a film maker he produced and directed the indie movie Cognition Factor in 2009, and The Terence Mckenna OmniBus series in 2012. He has documented a rocket launch for the International Astronautical Congress in 2011, captured a solar eclipse as part of the South African science delegation to Ghana in 2006 for South African Astronomical Observatories, produced educational programmes for the South African Large Telescope (SALT), and made a motorbike travelogue for television.

Ever an online enthusiast, he honed his streaming skills in a live series of webcasts featuring conversations with global thinkers in 2016, leveraging the connective power of the internet to include real-time conversations with the interviewees in different locations around the planet. 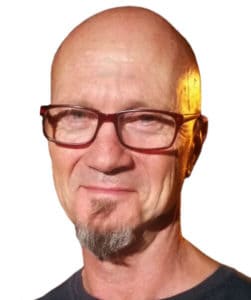 Richard both shoots and directs camera teams for MediaStream. He is an experienced camera operator who began his career as a news cameraman for the SABC during the mid ’80s and early ’90s, a turbulent time in the country’s history. He covered everything from political riots to strikes, sports and the arts.

During this period he worked in countries around the world including England, India, France, Spain, Russia, Australia, India and Pakistan. He also regularly covered stories across the African continent.

Highlights of his career include documentaries shot in England, France and Spain, covering two Cricket World Cups in India/Pakistan and England as well as a documentary on Juventus FC in Italy. He shot interviews with the likes of Nelson Mandela, F.W. De Klerk and Winnie Mandela among others.

After leaving the SABC at the turn of the millennium Richard continued as a news and current affairs cameraman, starting with work for ZDF Germany as editor/camera operator, covering new stories across the African continent.

Richard also did a stint in Iraq during the height of the conflict there. After his war coverage in the Middle East, Richard worked for the premier investigative journalism show Carte Blanche for four years. Latterly he has branched out from ENG-style shooting and has added multicam work to his portfolio, covering musical events such as Innibos and Afrikaans is Groot, and I’m a Celebrity – Get Me Out of Here! for Channel 10 Australia.